Chancellor George Osborne’s Autumn Statement did not have the significant impact of the “mini budget” he introduced 12 months earlier, but there are a number of considerations contractors will need to be aware of as the 2014/15 tax year approaches. 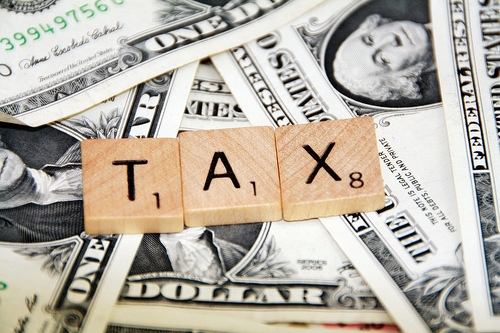 Mr Osborne made several references to the UK’s strengthening economic recovery, which will potentially lead to a greater number of opportunities across the labour market, with contractors likely to benefit strongly.

This was reinforced by figures published by the Office for National Statistics in January, revealing the UK economy expanded by 1.9 per cent over the course of the 2013 calendar year.

While this is clearly a positive sign, economic output remains around 1.3 per cent lower than its pre-recession levels, highlighting the fact there is still a degree of slack in the economy.

Clients often turn to those operating on a freelance basis as there is not the same long-term commitment as hiring full-time, salaried staff. This is significant at a time when the chancellor insists there is “plenty more to do” before the UK economy is fully recovered.

There have been fears the Bank of England (BoE) will lift interest rates sooner rather than later, with the bank’s seven per cent unemployment target almost achieved.

Governor Mark Carney has previously stated this threshold will lead policymakers to consider lifting borrowing costs and latest figures show the jobless level is currently just 0.1 per cent above this target.

However, Mr Carney has moved to ease these concerns, insisting interest rates will be kept close to zero for some time, even if unemployment declines to or below seven per cent in the near future.

One of the major benefits announced during the Autumn Statement is that UK domiciled Exchange Traded Funds will no longer be liable for stamp duty.

These low-cost investments are utilised by many contractors through their self-invested personal pensions.

While it had been suggested deputy prime minister Nick Clegg has been pressing for a higher income tax allowance, this remained unchanged from the previous budget and will be increased to £10,000 from April.

However, this increased threshold at the bottom of the income ladder is tempered by a stronger burden on higher earners.

The threshold is set to increase by just one per cent per year, meaning more and more contractors in the middle-earning bracket could be impacted in the future.

If you are required to travel extensively to fulfill your contracts, the cancellation of a planned fuel duty rise is likely to be one of the major positives. According to the chancellor, petrol will be 22 pence per litre cheaper in this tax year than if the Labour Party’s planned hikes had been brought to fruition.

It is recommended contractors ensure they are as prepared as possible for the new year and there are a number of third-party accountancy service providers that will be able to assist with all aspects, including personal tax returns.

Contracting in the 2014/15 tax year
Tagged on: Contracting    tax year